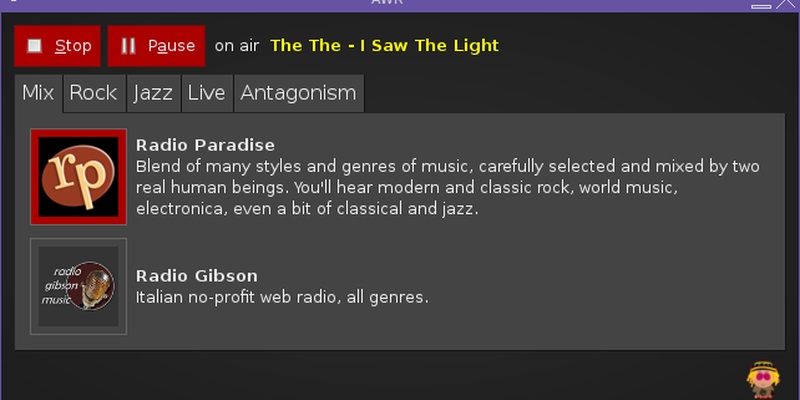 Every developer have to deal with backups. In the linux world the most used tool is probably rsync, and often it is run through rsnapshot, which lets you create incremental snapshots of your directories.

Almost any developer will not have any problems configuring and running rsnapshot through the command line and add it to the crontab schedule, but what if one of your clients asks for a way to download manually a backup of their application?

You could solve this by open an ftp area and letting them download some stuff, but what if such stuff is huge (GB of data)? Then the incremental option is probably the only one to consider.

For all these reasons I've created, for my company, a simple GUI which let's you run rsnapshot with ease. All you need to do is configure rsnapshot for your clients, configure OttoBackup to run the produced configuration file and they will be able to make a backup with just pressing a big button (something that almost every person can do).

So let me introduce you Otto Backup. 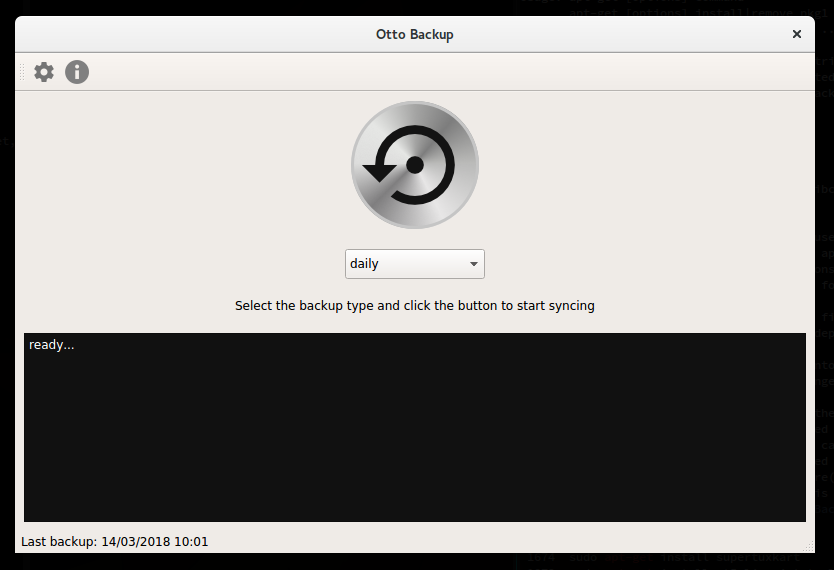 Otto Backup is a python Qt5 application which runs on linux, OSX and Windows platforms. It acts as a GUI for rsnapshot which allows an unexperienced user to manage an incremental backup through rsnapshot.

Otto Backup comes as a python PyQt5 application, but also includes a Mac OSX app which can be run without interpreter.
I've not done it, but from the same code base it is possible to create also a windows executable using pyinstaller (the tool I used to package the osx app).

Otto Backup requires rsnapshot binary, obviously, and also requires rsync to work through ssh key, because it doesn't let you interact with rsnapshot command, but just displays its output in a text field.

I'll discuss here how to install and configure OttoBackup in OSX, for linux systems it's similar, but easier.

Otto Backup requires some tools, and such tools can be installed with ease through Homebrew.

Then we can use it to install rsnapshot and coreutils. The latter must be installed in order to get a cp command with the same options as the linux one (in particular the l option)!

Ok now you have all the required packages installed.

As said Otto Backup rsnapshot must be run through ssh and authentication must be provided with a key, so let's generate a key:

Now get your id_rsa.pub generated key and associate it to the remote user which you will use to run the backup.

In order to achieve this, you can use the command option in the authorize_keys file on the remote server, for example, you can add this entry:

where rsync-check.sh is a script which checks the input command and verifies if the user can run it or no:

N.B. Do not forget to configure rsnapshot in order to use your private ssh key! On a Mac double check the commands paths inside the rsnapshot configuration file, also don't forget to set the cp command path to the one installed by coreutils!

Now you can run Otto Backup. You can execute it through the python interpreter >= 2.7 (make sure to have the PyQt5 lib installed), or run the OSX application provided.

At the first access you'll need to configure Otto Backup:

Now you can run your backup, just select the interval and press the button!

You needed to configure some stuff in order to make it work, I know. But you need to perform this operations only once, then your client can get a new backup just by pressing a huge button.